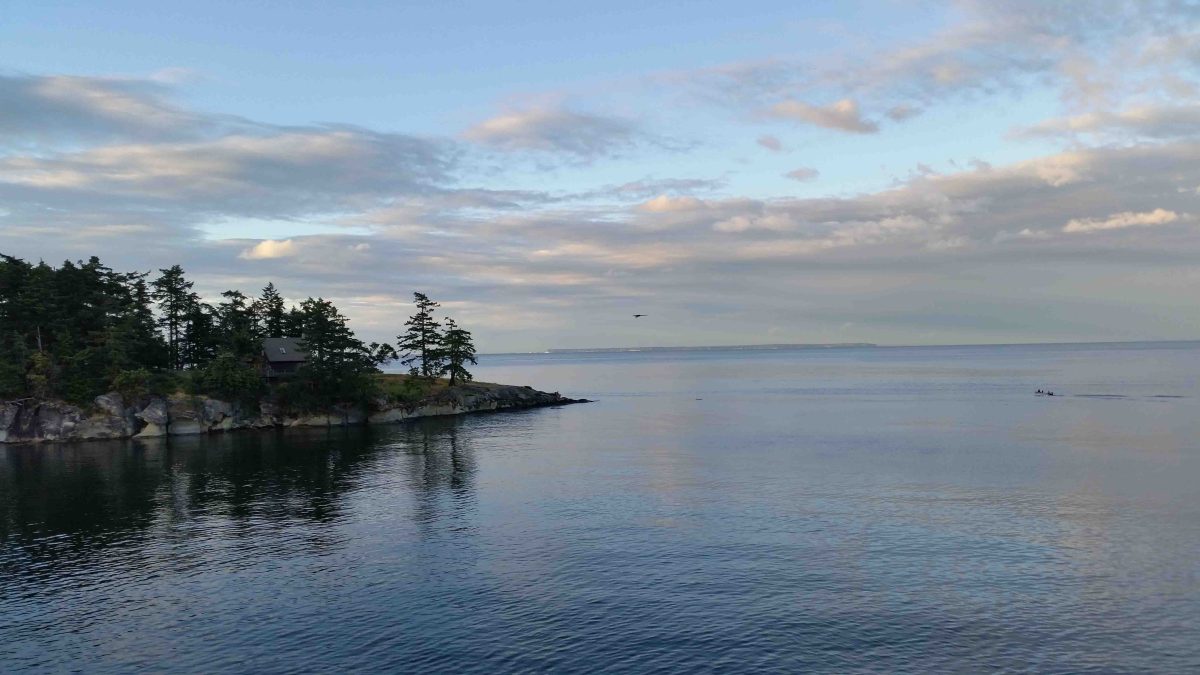 It is Thursday evening and my long weekend has just begun. Since I have five days off now, I decided to make a trip to Salt Spring Island to relax a little. That’s why I am currently on my way from Tsawwassen to Long Harbour (Salt Spring Island) on board of the “Queen of Nanaimo”, a rather old ferry. As this trip will take roughly three hours, I have ample to write another blog entry and share some thoughts about running and my current situation in Canada.

Let’s start with my current state of affairs in Canada. As of now, I have spent a little over 5 months in Canada already and I have enjoyed every day of it. I managed to get a decent and enjoyable job, I met family members and found new friends, I did quite a bit of sightseeing and travelling and I started to climb and run marathons. Certainly, I am currently experiencing one of the best parts of my life so far. That said, I would not be me if I had no plans for the future. Now what’s my main plan for the future? Well, as I have already laid out in one of my previous blog entries, I will apply for permanent residency so that I can stay in Canada indefinitely. As of last week, I was not yet able to apply because my university degrees had not been certified yet. Luckily, I got a letter from the certification agency last week saying that they recognize one of my degrees as a Master degree and the other one as a combination of an undergraduate degree and a diploma. I disagree with their latter assessment (that degree is also the equivalent of a master degree!!!) but that does not really matter. All that matters is that they certified the other degree as a Master degree so that I will now get the higher amount of points for the Master degree when applying for permanent residency. However, I will still wait with the application until I have my company’s final decision on my request to do a “Labor Market Impact Assessment” (LMIA) for me & my job. If they do this LMIA for me, I will score additional points in my application and that would significantly raise my chances to be considered for permanent residency. However, if my company does not support me with a LMIA, I will still be able to apply for permanent residency but I will score significantly lower and thus it will be less likely for me to get that permanent residency. In a first decision, the head of the HR department told my line manager that the company generally does not support employees with LMIA’s. So far, so good. At first glance, it looks like I won’t be supported by my company in this regard. However, I can be very persistent if I really want something so I will talk to the head of HR first before actually giving up on this endeavor. I feel that he needs to know that they will have to look for a new Store Manager in January if I don’t manage to get that permanent residency. This may entice them to overthink their decision and maybe support me after all. But if not, I will definitely try to get the permanent residency even without their support. Generally, I almost never give up until the very last card is played. You never know how things may turn out in the end. Now you may ask yourself: And what will you do if you don’t get that permanent residency? Is there a plan B? Good question and yes, there is a Plan B. If I don’t get that permanent residency, I will briefly fly back to Germany in January after my visa runs out and then I will return to Canada to do some travelling. Probably, I will also go to the U.S. and see some places over there. Now why would I do that? Simple thing: Without a valid visa, “normal” visitors are only allowed to stay in Canada for up to 3 months in one piece. However, if I cross the border to the U.S. once in a while, this 3-months period is reset and I won’t be considered an illegal visitor anymore when I will be travelling through Canada from January to August. It is my plan to drive through Canada from west to east and back again on another route. In August 2018, Grand Cache in Alberta (click here for my first visit to this place in 2016) will be my final destination. Since I won’t be working in between January and August, I will have a lot of time to train for the Canadian Death Race and this will be my final endeavor on my trip. So no matter how the Canadian government decides on my application for permanent residency, I have good plans in place for the future and I will definitely make the best out of it!

You may have noticed already that this blog entry does not contain many pictures. I am sorry about that but I did not have many opportunities in between the last blog entry and this one to take interesting pictures. However, I promise to share many nice pictures with you in my next blog entry which will be about my trip to Salt Spring Island.

Now that I have done quite a bit of running in the last weeks, I want to take this opportunity and share some of my thoughts about running with you. First of all, I realized that I really like running and pushing myself and that I can take quite a bit of pain while doing so. From my time in the German Army, I already know that I am able to take a lot of pain and endure bad situations but as of now I was unsure if I was willing to expose myself to these situations voluntarily. As it turns out, I am increasingly willing to do that and to test my personal limits. Although my first marathons were a challenge to me, I still feel that I can more than 42.2 kilometers. So I will continue to push myself and train hard for the 80 K- race in Whistler in October. And if that race goes well, my next goal will be to run the Death Race in 2018. Now I don’t know if I will be able to do that but I strongly believe in pursuing your dreams in life and also in trying as hard as you can to achieve them. And if I fail to complete that race, I can at least say that I tried and that it was not for me. In addition to that, I will never look back later and ask myself “…what would have been had I actually tried to run that race…”. I have not yet made up my mind how exactly I will train for the longer races but I am almost sure that I don’t want to stick to any rigid training- or nutrition plan. Now I know that there are numerous training plans and diets on the internet and each one tells you what to eat, when and how much to train and how to structure your weeks before the running event. Let’s put it this way: I am sure that you can optimize your running performance by following these plans and diets but that is just not my style. I don’t want to overcomplicate things and I am not prepared to slavishly do what others tell me. Sticking to training plans and diets does not sound like fun to me and in the end, I want to enjoy what I am doing and I don’t want to be forced how to spend my leisure time. Thus, if I feel like eating chips, drinking beer and watching a movie, I will always do that and I don’t want to have a training/diet plan telling me that I am supposed to eat pasta now and at least run 10-15 Kilometers that day. Won’t happen if I don’t feel like it, sorry. To me, it is all about feeling good and comfortable with spending my leisure time for something. Bottom line: I only want to go running when I feel like running. I know that I will have to “pay the price” for this attitude and kind of training in the end but that is okay with me since I am not a full-time athlete and running is a passion and hobby to me and not a job. However, when it comes to the race day itself, I think that I will be forced to follow the more scientific approach of running. Probably, you need a certain nutrition (electrolytes, energy,…) for your muscles to be able to run for an extended period of time without getting bad cramps or collapsing. So I guess I will be forced to explore this topic a little more in the future and to try some of the prevalent nutrition advices during the next races.  Let’s see what results I can achieve with my way of training…

Wow, another very long blog entry with over 1600 words! I guess it is time to stop writing now and to finally post my music advice for today. Let’s listen to some alternative and crazy German music with hip-hop and electronic elements. In all of my arrogance, it is a tribute to all the training plans and marathon diets out there: